One of the best things about Al DeGenova’s Postcards to Jack is that it is aware that a book is a performance (and certainly part of the credit for this goes to Matt Barton and Naked Mannekin Press). The chapbook is right for this collection, and postcards from the road are an appropriate twenty-first century shattering of the road trip narrative with which Jack Kerouac is inevitably associated. Scattering haikus set in a handwriting font among (mostly) prose poems is consistent with the haibun tradition, and it imparts a studied appearance of spontaneity that is a nod to Kerouac’s poetics and a tribute to DeGenova’s disciplined practice of improvisation. Ending the collection with home makes it a nostos journey (not far from Jack’s travels, which never strayed as far from Lowell as one might think in search of “it”). The road is not so much a matter of getting from one place to another as of getting to here now and seeing it new.

This little book begins before it begins, with a poem printed to appear as something scrawled on plain brown paper, on de-iced Indiana asphalt: “nothing moves / save me / at 80 mph…” On the Interstate in Indiana praying for salvation at 80 mph “driving into sunrise / with ten thousand days in tow” — a stunning image of the specific elsewhere in which this poet reads Jack “Loud but not so clear anymore.” 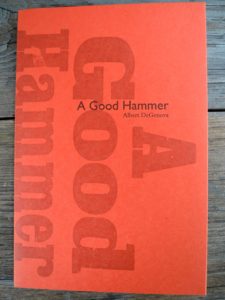 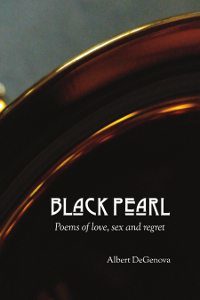 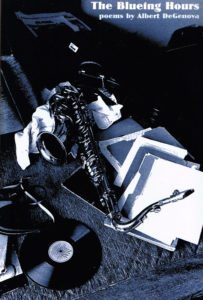