For those who’ve travelled down any road of literary discovery, I don’t think it is surprising for me to say that I recently began following a path of study that led me to insights I was surprised to find.  Not so much surprised at the findings, but surprised at myself for what I had missed.

Last summer as I came to the last day of a creative writing class I was teaching at The Clearing Folk School (Door County, Wisc.), I asked the class what they would like to have me add next year.  I got a resounding “more women writers.”  Even though the class was an introduction for burgeoning writers, how could I have skipped Anne Sexton, Sylvia Plath, Doris Lessing, Virginia Wolf…just to name some of the superstars.  There are so many great woman writers.  But I focused on fundamentals with Basho, Hemingway, Neruda, Kerouac, Ginsberg…yes, some of my own personal influences (all males).  But where was Anne Sexton…I was disappointed and embarrassed in myself for neglecting her work.

When I was an undergrad studying English and writing poetry (most of it bad I must admit), I was living within the aftershock of Anne Sexton’s 1974 suicide.  While a student, I read every one of her books and absorbed her powerful sense of simile and metaphor, as well as her courage to use physical/body imagery in starkly vivid ways. What I missed about Sexton was the size of the huge door that she opened in poetry.

Anne with her contemporaries (and friends) Sylvia Plath and Robert Lowell was categorized, along with others, as “Confessional.”  Unfortunately, this category became pejorative.  I realized this critical attitude, but in my own naïve un-academic pursuits of poetic knowledge and enjoyment, I assumed most contemporary poetry was confessional in some manner…even if the first person was not speaking autobiographically.  The Beat writers had their own category (too Bohemian for the literary establishment to take them seriously as it did with their Confessional contemporaries), but they too were breaking down the taboos of what personal experience was acceptable to write in poetry.  I have always believed in the Hemingway mantra to write what you know, to write “one true sentence,” that if the writing doesn’t come from true experience the reader will know it.

So I began a study to shape a class that would explore “how much confession is too much confession” with a focus on de-bunking the criticism of confessional poetry.  The answer to that original question was fairly easy to determine: too much confession is self-absorption, narcissism, and shock for the sake of shock.  What I found (to my surprise) was how I had never formalized in my own mind the importance of Sexton and Plath in breaking the ground for women to write about what is true female experience…forget the confessional categorization.

Plath with her anger and raging against the feminine roles she was forced to play.  Sexton with her honesty about mental illness and subjects of menstruation, sex from a woman’s perspective, adultery, masturbation, and motherhood.  Neither of these women would think of themselves as feminists (though the feminist movement of the ‘70s used Plath especially as a poster child), they thought of themselves as “woman poets.”   But this courage to be honest, not to hide what they were truly talking about behind euphemism or allegory, opened the door for all writers and you can easily see how they set the stage for the Slam poetry of today (as much as Ginsberg had). 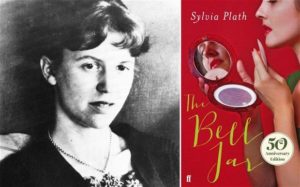 I had always realized the place of the Confessional Poets in the American poetry pantheon.  But what is important to me is that now I can verbalize why literary confession is validating for readers.

Why?  Because we are all human and in the shaping and crafting of personal experience into the framework of a literary form, what we share as feeling human beings takes on a universality; it is shaped for us in a way that becomes less mysterious, less threatening, less scary.  We can see others and ourselves more clearly, more accessibly.  We gain an understanding that is not taught in school, or church, or even by our families.

This is not confession, but insight.  This is writing the “true sentence.”  The best writing prompt I ever received was this: “write something that you don’t want read until after you are dead.”  How brave you can suddenly become.  If there is a story inside of you that won’t be silenced, then it is worth writing down because it is your own truth; whether it ever gets read, or not.

This is from Anne Sexton’s poem “For John, Who Begs Me Not to Enquire Further:”

…I will hold my awkward bowl,

with all its cracked stars shining

and fasten a new skin around it

as if I were dressing an orange

or a strange sun.

Not that it was beautiful,

but that I found some order there.

There ought to be something special

in this kind of hope…